Denver Rails -The Railroads of Denver and the West 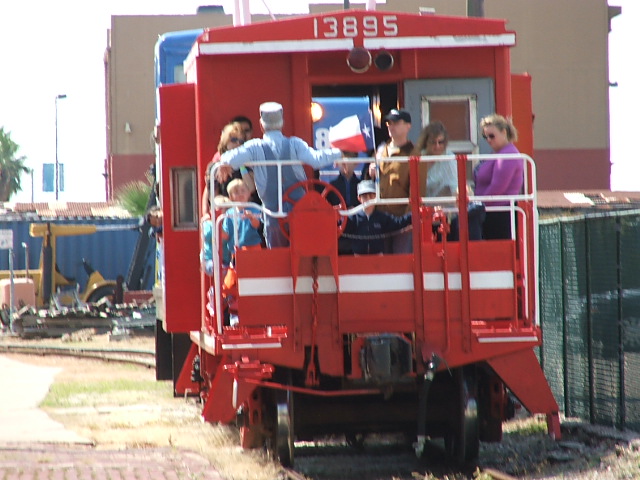 Called a Short Bay Cab by the MoPac, No. 13895 was part of the second group of short bay window cabs to be built (No. 13825-13965) during 1980. "It should be noted that NONE of the Short Bay Window cabs were ever assigned to transfer service, a common assumption mistakenly ascribed to them. The Shortys were all true Road cabooses and all were assigned as such in the 13000-series, the designation MoPac reserved exclusively for its Road service cabs. Despite appearing to be lighter than more traditional way cars, they actually offered a pretty good ride. Those that rode in them simply referred to them as "doghouse cabooses", or doghouse - a term that stuck to this style like glue.. Other colorful names included "outhouse," "shack on a flat," "loony bins," "cabins"." NOTE: a lot more info about this caboose style is from this site: [http://trainweb.org/screamingeagle/caboose4.html].
Picture by Rich A. on 12/07/2012
From GALVESTON RAILROAD MUSEUM in TX
©2020 Mike Stutz