Siegel Oil is located at 13th Ave. and I-25. It is the end of a Colorado & Southern line that used to run west to Lakewood and the Federal Center. The line crossed the BNSF/UP shared trackage mainline at a 90 degree angle, serviced the Public Service power plant, crossed the Platte, and proceeded west. When the Auraria College campus was developed it disrupted access to the line. A turn out was added that passes through the backyard of a business and makes a sharp 90 to the west. 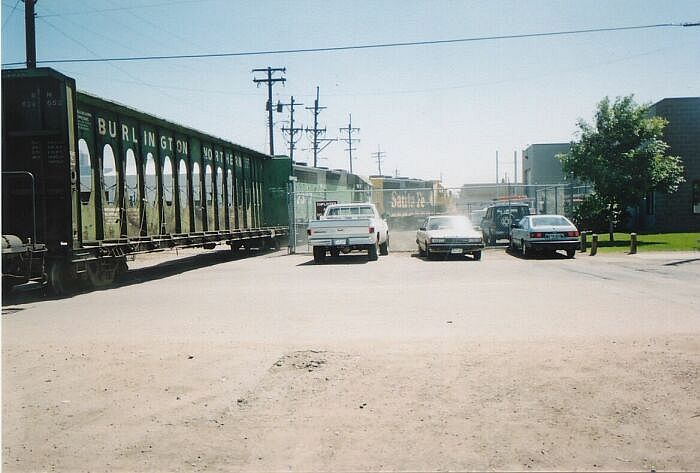 The former Colorado & Southern line used to proceed straight across the mainline. Now it makes a hard right to join the mainlin. 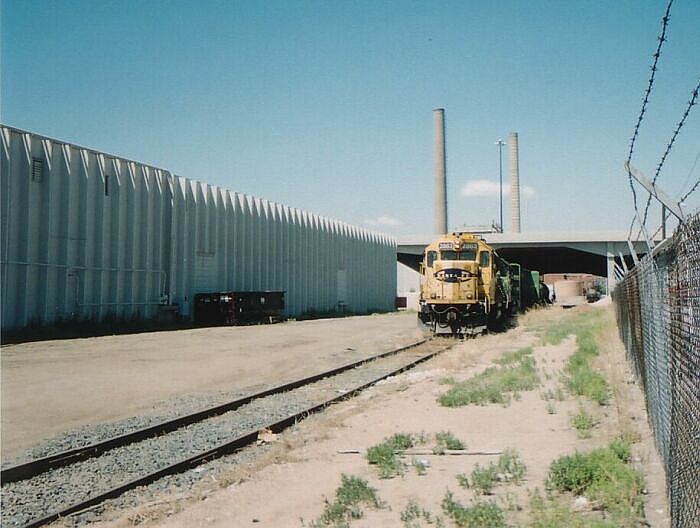 The former coal fired plant (now natural gas) is in the distance on the other side of I-25. 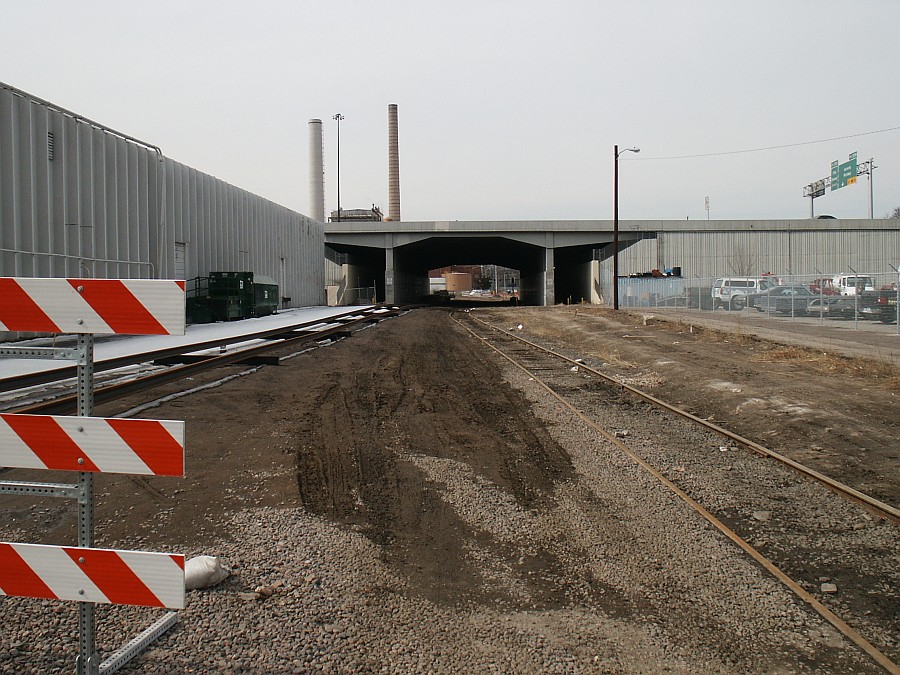 Work is being done to prepare for fastrax progress.
NEXT»
©2022 Mike Stutz