The Atlas scrap metal yards are located next to I-25 and Colfax Ave. The yard processes (reduces and sorts) scrap metal to gondola-size pieces to be melted down elsewhere. The yard is served by 2 BNSF spurs but only 1 has been used for the past 5 years. Typical traffic is 2-3 gondolas per week.
The Atlas scrap yards are now gone, replaced by a Metro State dorm. The rails have been removed at lower (old) Colfax. 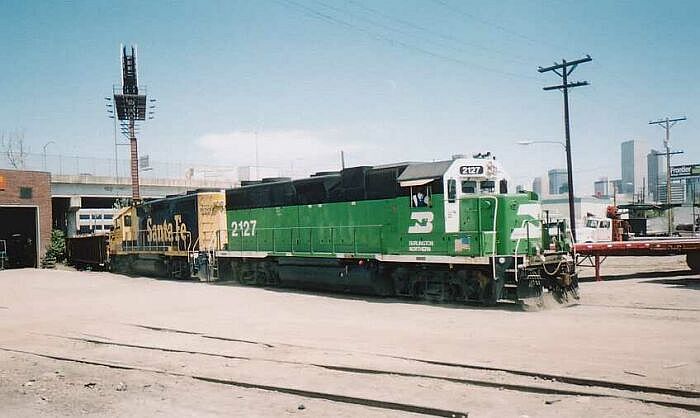 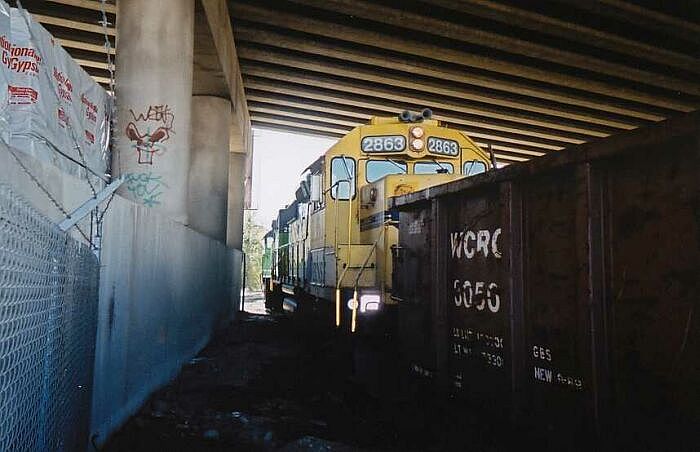 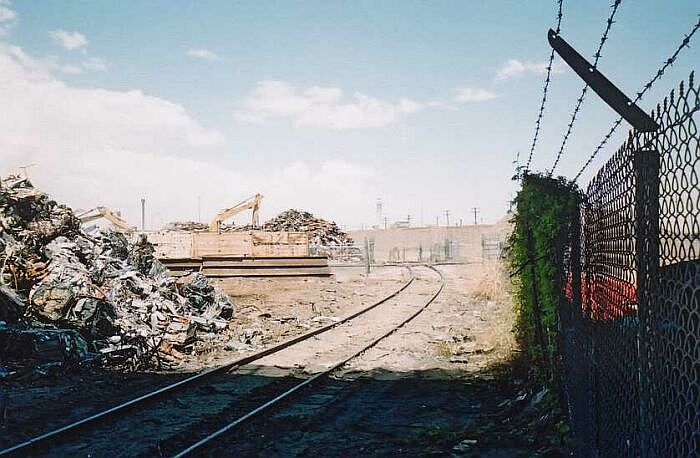 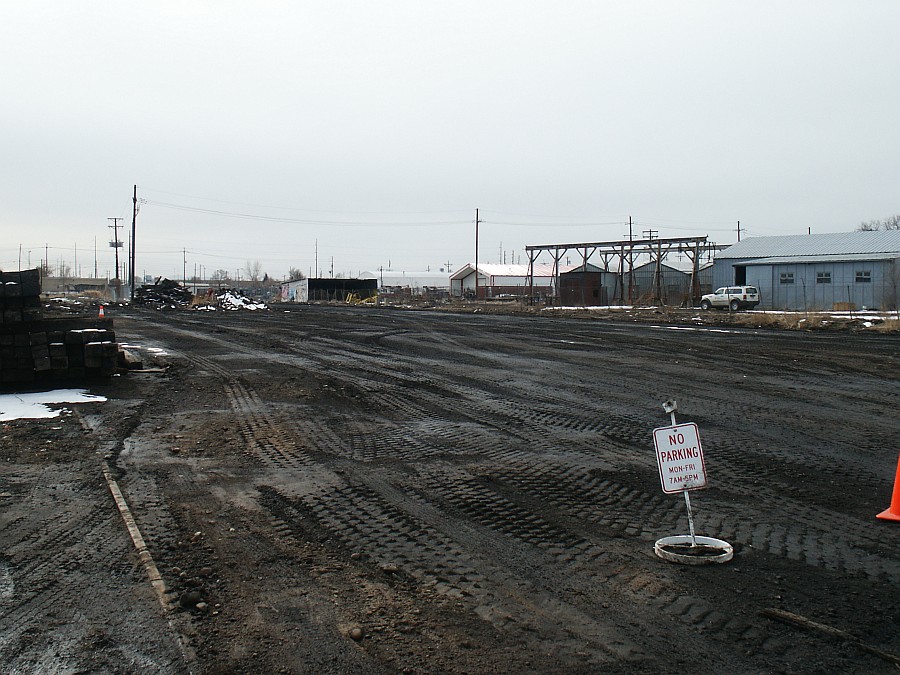 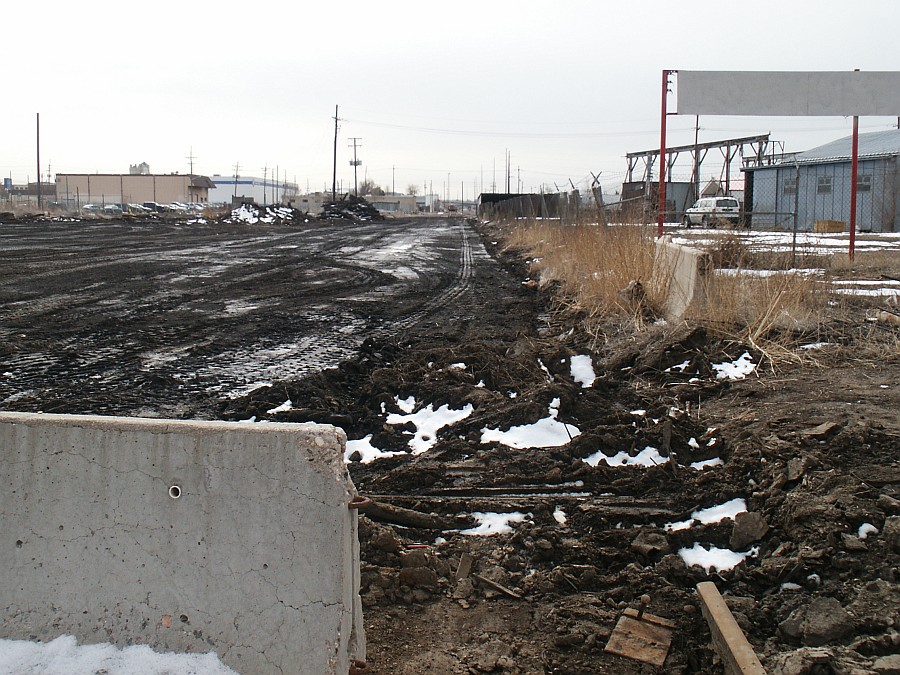 Looking south the main line curves to the right and parallels I-25 in the distance.
NEXT»
©2023 Mike Stutz