Parallel to I-25 and cornered in the I-27/I-70 interchange are the BNSF yards in downtown Denver. 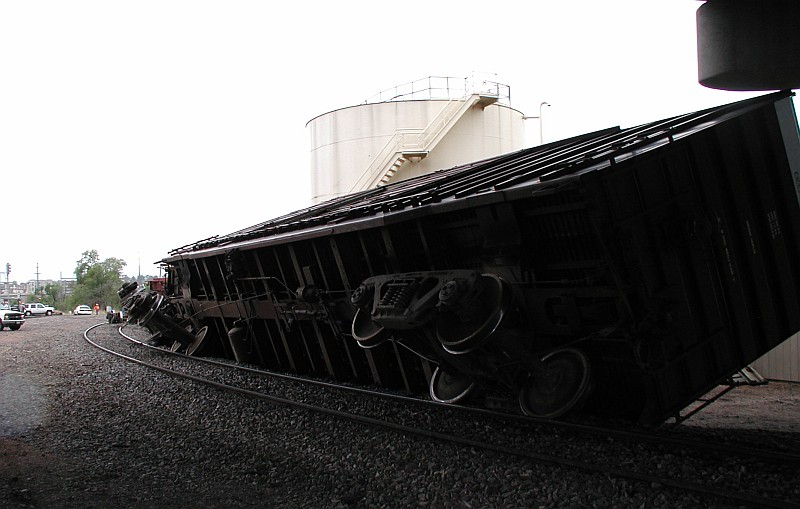 Like your model railroad when you were a kid, a string of cars have rolled over on a tight curve putting some in the creek, others into a building on 5/13/2004 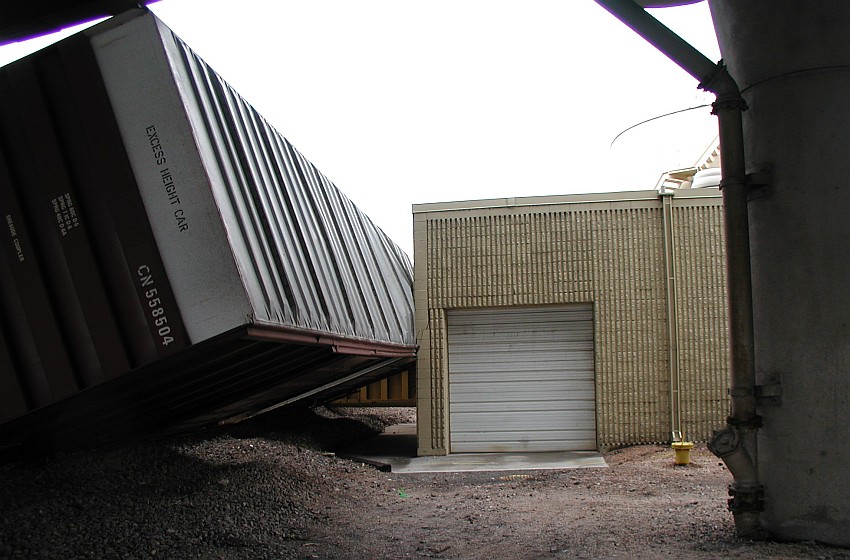 A car has fallen against a building and caused some damage. 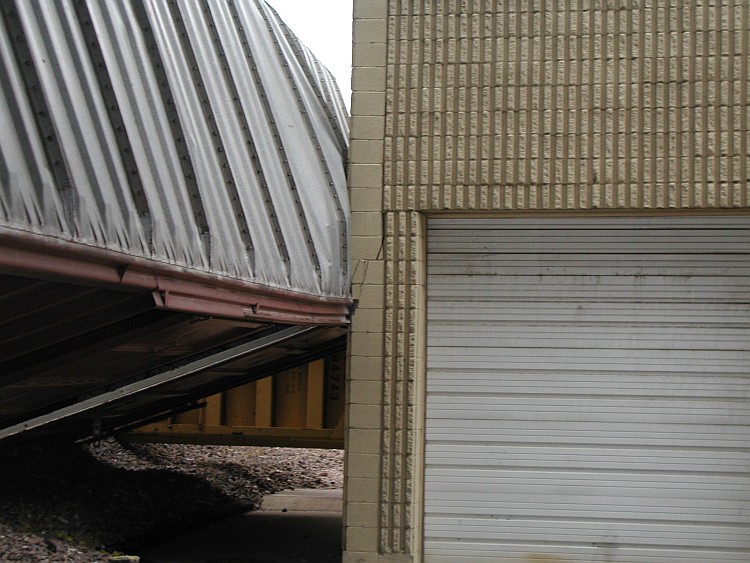 A closer look at the impact. 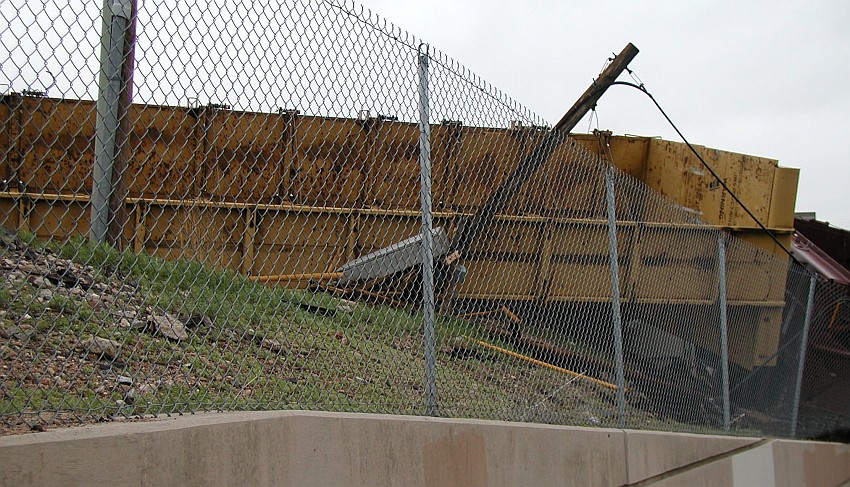 Some stacked lumber cars also went on their side. 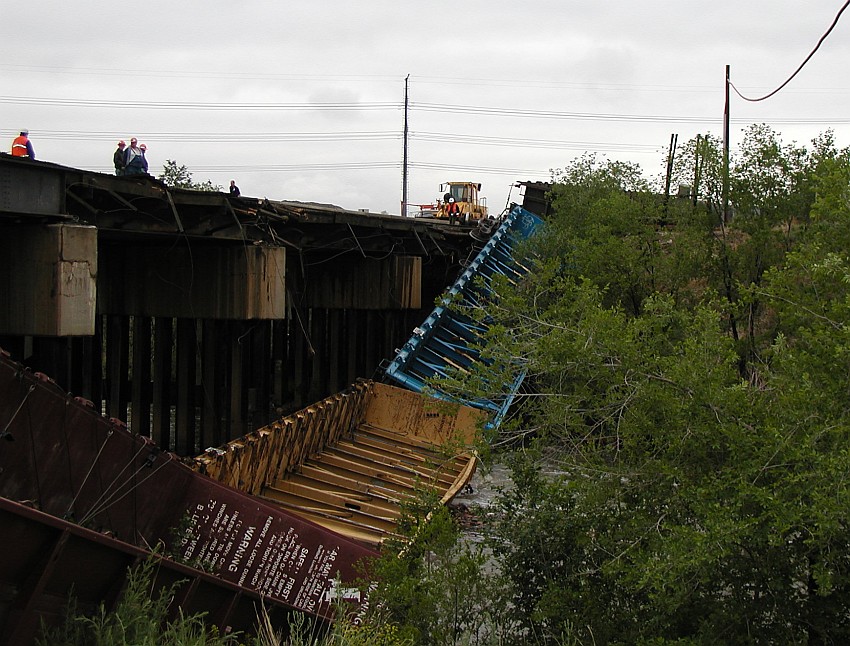 Doesn't this scene remind you of your model railroading days. Somehow the cars always stayed coupled.
NEXT»
©2022 Mike Stutz